We enjoy having guests! Pension RIA was built in 1957, ever since then thousands of guests have spent a lovely time there. Even though the holiday traditions of the last 50 years have changed significantly, we are and have always been up to date. Ria stands for tradition, family and fun; it’s that simple! 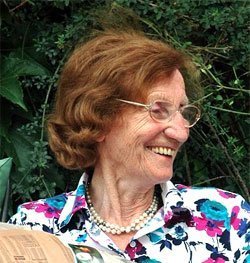 Ria (Marianne) Werdenigg together with her husband Erwin built the pension in 1956 on her mothers grounds. Of course at that time everything was very simple and pretty basic. The first guests arrived in the summer of 1957, and they moved into a not fully completed building! In the next 30 years the pension would become a second home for many families. At this time, the “Werzer Bad” was still a public beach and an ideal location for our guests. And it’s public again since summer 2013! In those days, Pörtschach was a very exclusive and popularresort within not just Austria but the European tourist sector. The Werzer Hotel (next door) with almost 500 beds was the highlight of the resort and a great attraction with almost an all-inclusive package & huge gardens, plenty of bars and restaurants (Werzer Casino, Gondel Bar, Werzerkeller, Cafe Mario), the very modern Tenniscentre and the most idyllic Werzer Bad. Ria’s guests had the paradise on their doorstep. The Werdenigg’s have always had an affinity with the lake and enjoyed being near the water. In those days Erwin had his Waterski School in Velden and was in an enviable position to show the Ria guests the lake from the water, many of them became very keen waterskiiers. 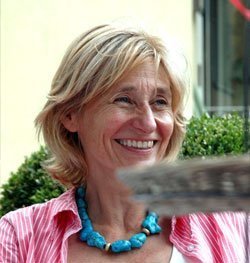 In 1985 the house was taken over by Ria’s daughter Christine with the support of the very agile Ria (still a sprightly 90)
Growing up there, she knows the business and the surroundings very well and is always trying to give her best – she very much enjoys it!

Today, she continues with the same inherent standards and family traditions but a generation later she has a much more relaxed approach. Christine and her family used to live in England and spend the summer months in  Pörtschach to look after the guests and make the most of the beautiful lake.

The british background enriches the Pension Ria with a few english touches. Christine speaks english, french, a bit of italien and a little spanish. Now that the children have grown up, Christine has decided to take the next step and is changing and renovating parts of the pension; all these changes are aimed at giving the pension a special authentic touch. The “make -over” effects the outside of the house, the terrace and the rooms. The breakfast service has been revamped and the online communication of the house.

Thanks to our guests, we are proud!
Pension RIA received the Tripadvisor Travelers Choice Award both 2013 and 2014 and was selected as the BEST B&B in Carinthia. RIA also is in the Quality Selection on Holidaycheck.

This site uses cookies: Find out more.
Scroll to top